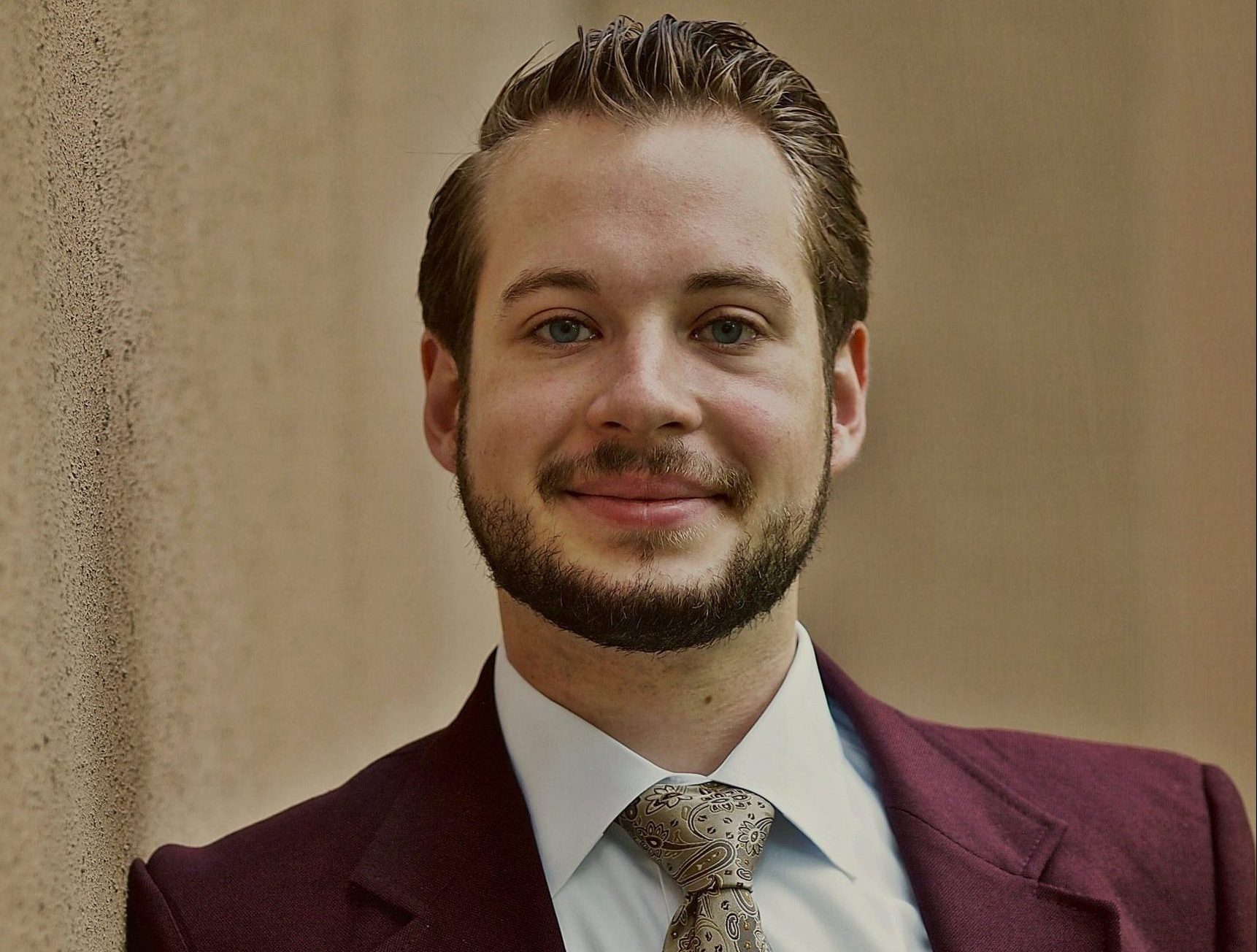 He sang with the Westminster Symphonic Choir for three seasons, frequently performing at Carnegie Hall, David Geffen Hall, and the Kimmel Center of Philadelphia. He sang under the baton of Yannick Nézet-Séguin, Sir Simon Rattle, Jane Glover, and many others with the Philadelphia Orchestra, New York Philharmonic, Vienna Philharmonic Orchestra, and Berliner Philharmoniker. His 2014 performance of the Beethoven 9thSymphony with the Vienna Chamber Orchestra was recorded and broadcast by PBS.

For three years, he sang with the Grammy® nominated Westminster Williamson Voicesand attended the Choral Institute at Oxford, a summer program co-sponsored by Westminster Choir College and Oxford University. He sang in their 2016 CD Carolae – Music for Christmas and was the organist in their 2016 CD Hole in the Sky. He also sang with early music ensemble Westminster Kantorei, which toured France and England the summer of 2016, performing in Chartres, Paris, Ely, and Windsor Castle.  Currently, he sings with the professional choir The Same Stream and is on the CD of their upcoming release Serenity: The Music of Paul Mealor.

Mr. Carter has performed as an organist throughout the United States and in 2016 gave a concert on the historic organ of the Basilica of St. Maximan in France. In October 2017, he was the organist for the Pontifical High Mass by Bishop Serratelli at the Cathedral of St. John the Baptist in the Diocese of Paterson, New Jersey. He has upcoming concerts in the New Jersey area for the 2018-2019 season.

His teachers for Gregorian chant include his first organ teacher, Richard Morris, and Dom. Daniel Saulnier from the Abbey of St. Peter in Solesmeswho he studied with in 2014. Since 2015, he has given annual Gregorian chant workshops during the summer at the seminary of the Fraternity of St. Joseph the Guardian in the Diocese of Fréjus-Toulon, France. He has also given workshops and taught summer camps on Gregorian chant and sacred music in the tri-state area.

At St. John the Baptist, Mr. Carter conducts a twenty-voice semi-professional Schola Cantorum who sing for a weekly Solemn High Mass in the Extraordinary Form. Most recently, the Schola Cantorum was invited to sing the prelude music for the April 28 Pontifical High Mass with Archbishop Sample at the Basilica of the National Shrine of the Immaculate Conception in Washington D.C. Mr. Carter also conducts the Central New Jersey Catholic Chorale and sings in the Metropolitan Catholic Chorale. He teaches sacred music, particularly Gregorian chant, to children’s choirs from the Seat of Wisdom Homeschoolers Cooperative. He is the director of liturgical music for the Pro Civitate Dei France and Pro Civitate Dei Chile summer conferences hosted by the Fraternity of St. Joseph the Guardian. His latest enterprise is becoming co-host of Square Notes: The Sacred Music Podcast. 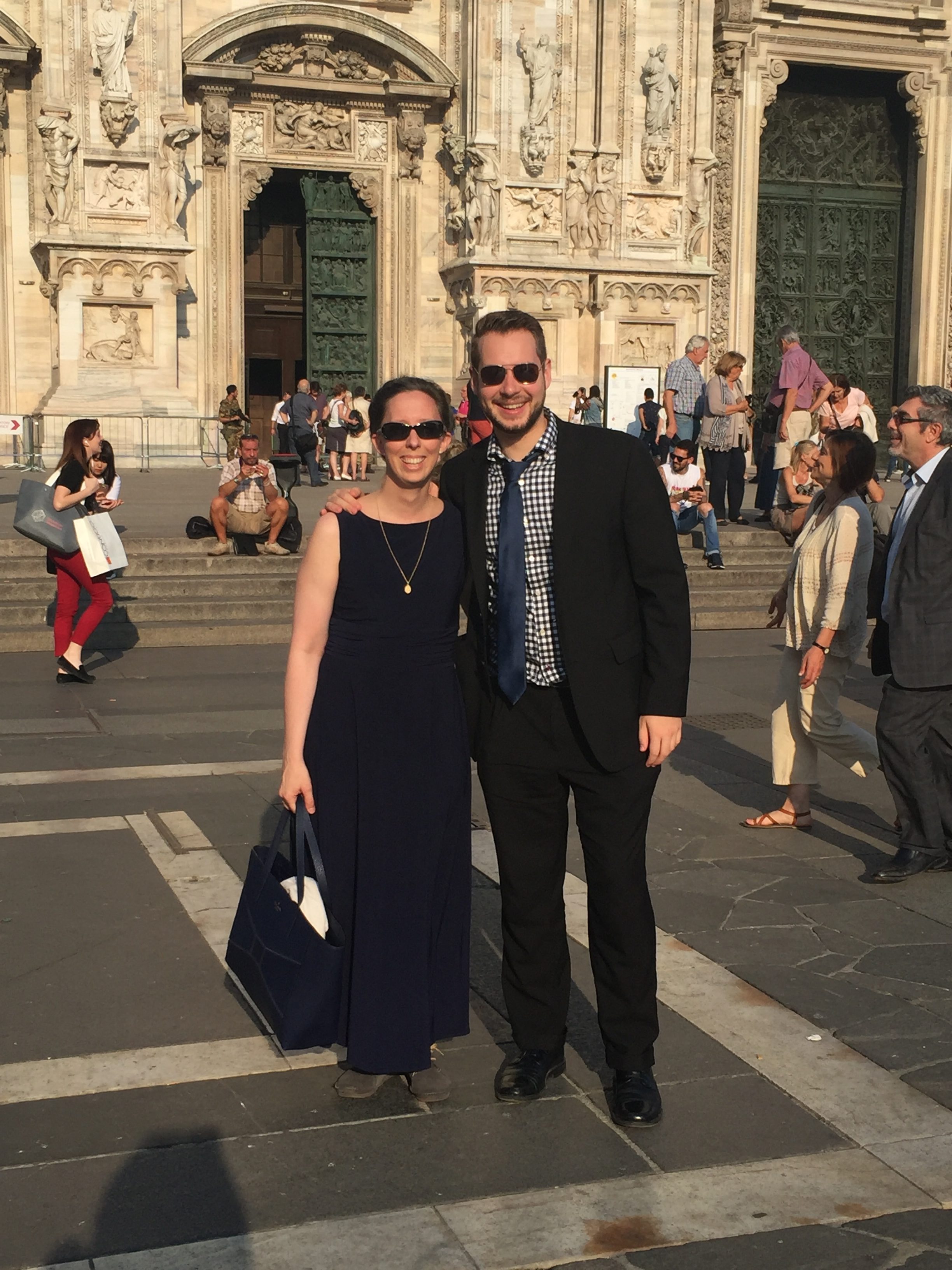 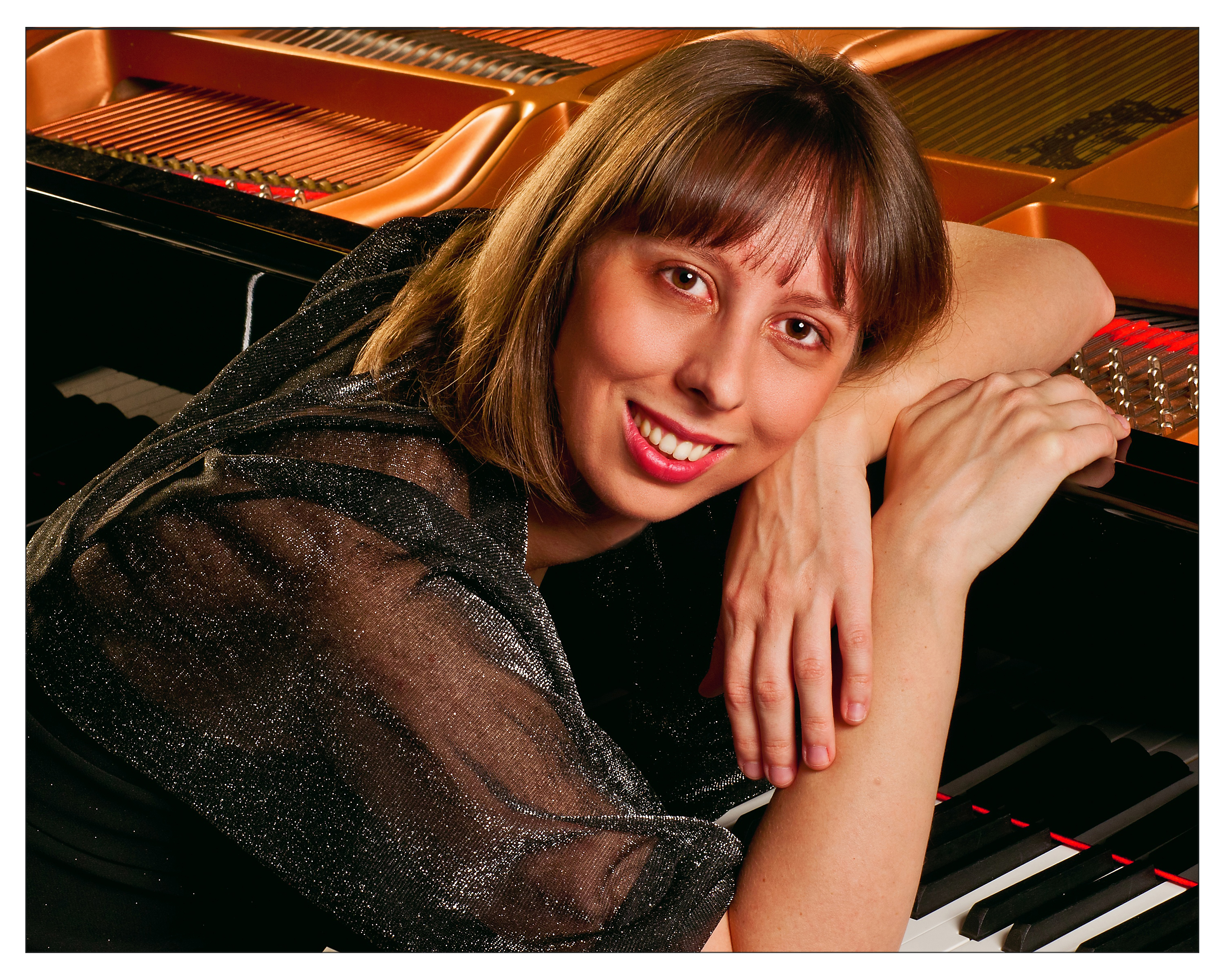 Dr. Jennifer Donelson-Nowicka is an associate professor and the director of sacred music at St. Joseph’s Seminary (Dunwoodie) in New York, where she also teaches sacred music courses in the St. Cecilia Academy for Pastoral Musicians.
She has co-edited Mystic Modern: The Music, Thought, and Legacy of Charles Tournemire, published by the Church Music Association of America (CMAA). Her publications also include articles in the New Catholic Encyclopedia, Sacred Music, Antiphon: A Journal for Liturgical Renewal, the proceedings of the Gregorian Institute of Canada, the Fellowship of Catholic Scholars Quarterly, the Adoremus Bulletin, and Liturgy in the Twenty-First Century (Bloomsbury/T&T Clark).
She was the sometime president and is currently a board member of the Society for Catholic Liturgy, serves on the board of the CMAA, is the managing editor of the CMAA’s journal Sacred Music, and serves on the Archdiocese of New York Music Commission. As academic liaison of the CMAA, she has organized and presented papers at several academic conferences on Charles Tournemire, the work of Msgr. Richard Schuler, and the role of Gregorian chant in pastoral ministry and religious education; she was a co-organizer of the Sacra Liturgia USA 2015 conference in New York, and presented papers at the Sacra Liturgia conferences in New York, London, and Milan. She also recently served as the conference organizer for the annual meeting of the Society for Catholic Liturgy in Miami. Donelson-Nowicka was recently named as a Consultant to the USCCB’s Committee on Divine Worship.
Donelson-Nowicka received her DMA in piano performance at the University of Nebraska-Lincoln, where she studied piano with Paul Barnes, Mark Clinton, and Ann Chang in addition to her organ studies with Quentin Faulkner. She received her undergraduate degree in vocal music education and North Dakota State University, where she studied piano with Dr. Robert Groves and conducting with Dr. JoAnn Miller.
Having studied Gregorian chant at the Catholic University of America and the Abbey of St. Peter in Solesmes, for six years Donelson-Nowicka served as a co-organizer of the Musica Sacra Florida Gregorian Chant Conference, and has given chant workshops in dioceses, parishes, and monasteries across the U.S. and Europe. She is a regular member of the faculty at the Church Music Association of America’s annual Sacred Music Colloquium. Before coming to Dunwoodie, Dr. Donelson-Nowicka served on the faculty at St. Gregory the Great Seminary in the diocese of Lincoln, Nebraska, and at Nova Southeastern University in Fort Lauderdale, where she taught music theory, music history, piano, and directed the university chorale.
As a choral conductor, Donelson-Nowicka has directed collegiate, semi-professional, amateur, monastic, and children’s choirs. She currently directs the Schola Cantorum of St. Joseph’s Seminary and the Metropolitan Catholic Chorale. She also regularly teaches Gregorian chant to the contemplative sisters at the Monastery of St. Edith Stein in Borough Park, Brooklyn (Servants of the Lord and the Virgin of Matará [SSVM]), and has also given extended workshops to the Benedictine monks of Silverstream Priory in Ireland (County Meath) and the Benedictine nuns of Priorij Nazareth Tegelen in the Netherlands. Additionally, she teaches chant to children using the Ward Method at the Colm Cille Club (Pelham, NY) and Immaculate Conception Children’s Schola Cantorum (Sleepy Hollow), and she recently joined the faculty as a music teacher at the Cardinal Kung Academy in Stamford, Connecticut.
Dr. Donelson-Nowicka is currently working on a project to adapt the Gregorian chants of the Mass proper for the Spanish language.